A new Star Fox game was first mentioned back at E3 2014, alongside two other projects Shigeru Miyamoto was working on. I was a bit surprised to hear about Star Fox getting a new game but nonetheless, I was very excited. Catching small glimpses of gameplay while Miyamoto talked about it only made me want more.  We wouldn’t find more information until the 2014 Game Awards when Miyamoto and Eiji Aonuma showed off the Zelda Wii U game. Miyamoto made a comment about how Star Fox would arrive before the new Zelda title, only adding on to the growing excitement.

Then at E3 2015, Nintendo showed off Star Fox Zero first on the list of their Digital Event. Here, we saw gameplay and also saw a video of Miyamoto talking about the inspiration of the Star Fox characters, story and gameplay. I remember being mesmerized while watching this, it was so cool to see the insight and thought-process of what goes into a video game. After this, we were told the game would be coming later in the holiday season of 2015. Months later, it was slated to be released on November 25th.

But as many of us know, this release date was not met. About two months before release, Nintendo and Miyamoto made a statement that they’ve decided to delay the game. Miyamoto stated that while the game could be released in its current state, they want to spend more time polishing and fine-tuning. Personally, I was disappointed because I was very much looking forward to playing the game. But I trusted Mr. Miyamoto and his team’s judgment since it was clear they had a vision they were trying to reach. Also, many great games that I loved have had delays so it wasn’t unheard of.

And let me tell you, this last month of waiting felt LONG.

To clear the confusion, Star Fox Zero is not a remake or sequel. (You could argue it’s a reboot but even then…) It’s a Star Fox game that takes elements from other games in the series and utilizes them. There are aspects of the original SNES game, 64, Assault and Command. Hell, even Adventures gets a small nod by way of the official anime short released just prior to the game’s release. While the story is pretty much the same as Star Fox 64, that’s really where similarities end.

A majority of the levels are on-rails like previous entries in the series. But there are also levels that feature and make use of the new vehicles, the Gyrowing and the Arwing’s Walker mode. The Gyrowing allows for more precise flying and reaching tight spaces while the Walker allows the Arwing to move easier inside ships or fighting bigger enemies. The Walker is a feature from the unreleased Star Fox 2 on SNES but it reminds me very much of the on-foot sections of Star Fox Assault. Returning from previous games, the Landmaster makes a comeback with many upgrades like multi-targeting and being able to fly for a period of time. Each vehicle has a distinct feel with its own learning curve, which might take a level or two to get down. I like the variety of options provided since it adds diversity among gameplay. But if someone’s looking to buy this game solely as an on-rails shooter, they’ll probably be disappointed. 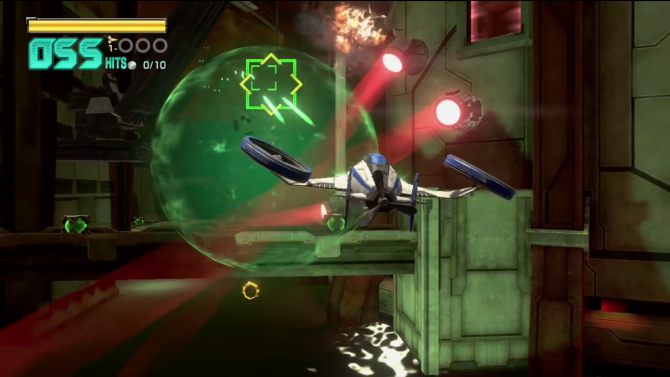 I’d be remiss if I didn’t mention the controls of Star Fox Zero, which is definitely the most hot topic issue of the game. The game features an intricate control scheme, using both the control stick and the Wii U Gamepad’s Gyro sensor. The control moves you around while the Gyro sensor moves your aiming reticle, similar to Splatoon. It’s more complex than your average game released nowadays. The main advantage of this control scheme is that it does allow you for a larger freedom of control. It is very nice to move in one direction while firing in the opposite. On a personal level, I was able to easily adapt to it since I’m more or less use to it from Splatoon. But to someone unfamiliar, it does take some getting used to. It’s not impossible or even very difficult but it’s not as pickup-and-play as other games.

But there is also another thing about the controls and that’s utilizing two screens. Unlike many other Wii U games, Star Fox Zero requires both the TV and the Gamepad screen. The TV screen shows a more cinematic, third-person view of the action while the Gamepad screen shows the cockpit view. Technically, I suppose you could get away just playing off the TV but you’d have to be really, REALLY good. The Gamepad allows you to be more precise with your shots while the TV view lets you see your whole surroundings so you can figure out what direction to go, if someone is behind you, etc. In the on-rails sections, you could get by with just the TV screen since everything you need to shoot is just in one direction. But when you’re in all-range mode and you’re fighting an enormous boss, you’re going to need to glance between the two screens. 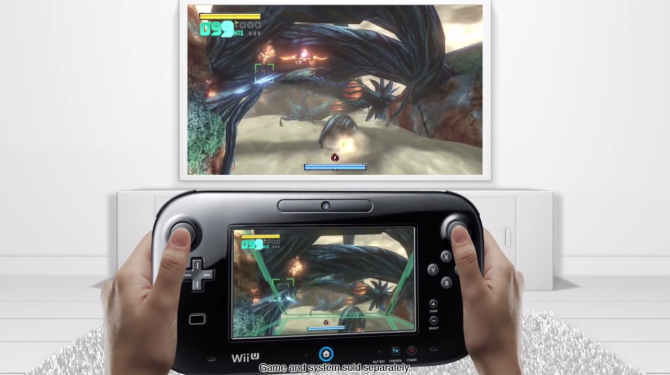 The controls are where the trouble lies for many people. Some feel they’re forced, unnecessary, gimmicky or stupid. I haven’t had much trouble with motion controls in games, except where they’re in place of a button that needs a bit of precise timing. But in games like Resident Evil 4 or Skyward Sword, they really add depth to the game for me. We’re at the point in video games where there’s not much more we can do with graphics or mechanics. Sure, there’s always better graphics to the point where they look like a Pixar movie but if the gameplay is still mashing two buttons, where’s the improvement?

While playing Star Fox Zero, I was impressed by everything: Graphics, gameplay and music to name a few. There were times where I couldn’t believe I was doing the things I was doing, in a Star Fox game nonetheless.  Driving a tank around a huge boss while shooting at it with precision…it reminds you how far we’ve come from the 64 version. As far as learning the controls, it’s no different than being a kid and learning how to play a game the first time. I’m no pro at them but I can say that they are not as broken or horrid as some reviews have made it out to be.

In terms of content, there’s 70 medals to collect from the different missions and the training/challenge modes. It seems lacking but honestly, Star Fox games were never about having tons of content. It’s always been retrying levels and breaking the high score. Zero has more things to do than 64 but probably not more than Assault. But for the $60 price tag, you’ll also get Star Fox Guard as well, adding more bang for your buck. I haven’t played Guard yet but I will when I need a break from Zero.

In conclusion, my first impressions of Star Fox Zero have left me very satisfied. The controls are fun and innovative, the missions leave me wanting more, the graphics are stunning and the music blows me away. It has a few nods to the previous games but still very much stands on its own.  It doesn’t cater towards veteran players nor simplify things for new players. It sets a bar and gives everyone the chance to reach it. It might be too early to say but so far, I don’t regret my purchase. As a Star Fox fan, it’s been well worth the wait.

May 18th, 2022
Today was the first time that I kind of pushed myself to finish my playthrough recordings so I'd be on track to upload them this week. My commentaries for them felt a bit strange and I felt a little disappointed I wasn't as "into it" as I normally am.
Upon thinking on it further however, I see they came out the way they did because I'm trying to keep to a schedule. And while it is nice to make things when you only feel the urge, I really want to try and make consistent content which does mean you have will have to work sometimes when you don't necessarily want to.
With that perspective in mind, I felt really satisfied with how it all turned out now. I hope I'm able to keep this effort up!